What Type of Woman Do You Want?

Why Wearing Skinny Jeans Is Bad For Men

2017 Fashion Tips That Guys Everywhere Must Pay Attention To 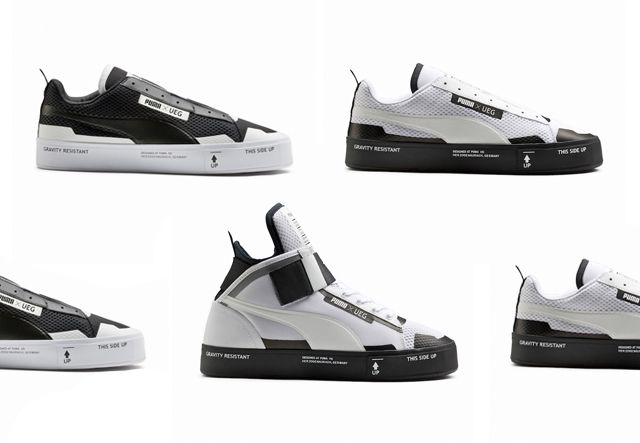 Puma is the one brand that has deep roots in classics. Right from the beginning, the Clydes, States, and Suedes from Puma have been an essential part of the sneaker and hip-hop culture. Even Puma’s Disc, the boldest of all its silhouettes, was launched two decades ago.

Rihanna’s relationship with Puma on its Fently line has certainly pushed the classical heritage of Puma into future. The teaming up of Puma with the Polish brand UEG is, however, the biggest and most important step forward thus far. Together, they have launched a collection of sneakers and apparels that offer incredibly wide range of variety and are a daring attempt at doing something different.

The idea behind the wonderful collection named “Gravity Resistance” is that we as humans always look up and resist the gravity not only of the distant past but sometimes also the present. It’s a fitting tribute to the human tendency to look at the stars. Interestingly, the lookbook has been shot in a Martian setting in a desert by UEG.

An outward or upward looking artist always creates otherworldly results, and that’s what has happened with Gravity Resistance. The footwear and apparels designed and launched in collaboration with UEG are from the future. Those who wear them follow their own style and pace and have a unique vision about the future and the world.

The collaboration of Puma and UEG is a huge success and the brand has successfully created a context for the aesthetics of the apparels and sneakers. Though Puma is not known for launching products that are extra-spatial and made for single-use, “Usee getta”, the Italian phrase for “use and throw”, is the inspiration behind the looks of the sneakers according to UEG’ s Michal Lojewski.

The height of the basketball shoes is a pleasant surprise and classics from Puma, the States and Suede have dynamic paneling in this version designed by UEG. Strong materials and shapes have been utilized to sculpt the silhouettes from traditional expectations to something surprising. Besides, it’s all black and while!

This collection doesn’t try to appeal to the lowest common denominator to improve sales figures. Puma and UEG know that it’s something very different from other products and not everyone will like it or buy it. It’s for the special ones.

Next post Why Wearing Skinny Jeans Is Bad For Men

Photography is considered as an art form in its own right. It is a means through which professional and amateur photographers alike can express themselves …